Unfortunately, there are few research studies on lost pet behavior.  This is a list of citations and abstracts of published research papers related to lost pet behavior and recovery.  There are links to a few of the papers.  You may be able to find other papers by visiting your local college or university and checking their online journal databases.

Abstract:  Missing pet cats are often not found by their owners, with many being euthanized at shelters. This study aimed to describe times that lost cats were missing for, search methods associated with their recovery, locations where found and distances travelled. A retrospective case series was conducted where self-selected participants whose cat had gone missing provided data in an online questionnaire. Of the 1210 study cats, only 61% were found within one year, with 34% recovered alive by the owner within 7 days. Few cats were found alive after 90 days. There was evidence that physical searching increased the chance of finding the cat alive (p= 0.073), and 75% of cats were found within 500 m of the point of escape. Up to 75% of cats with outdoor access traveled 1609 m, further than the distance traveled by indoor-only cats (137 m; p < 0.001). Cats considered to be highly curious were more likely to be found inside someone else’s house compared to other personality types. These findings suggest that thorough physical searching is a useful strategy, and should be conducted within the first week after cats go missing. They also support further investigation into whether shelter, neuter and return programs improve the chance of owners recovering missing cats and decrease numbers of cats euthanized in shelters

Abstract:  Objective: To characterize animals with microchips entering animal shelters and the process used to find owners.  Design: Cross-sectional study.  7,704 microchipped animals entering 53 animal shelters between August 2007 and March 2008.  Procedures: Data for animals with microchips were recorded by participating animal shelters and reported monthly.  Results: Of 7,704 animals, strays accounted for slightly more than half (4,083 [53.0%]), with the remainder classified as owner-relinquished animals (3,225 [41.9%]) and other (396 [5.1%]). Of 3,425 stray animals for which animal shelters reported that the owner was found, a higher percentage of dog owners (2,191/2,956 [74.1%]) than cat owners (298/469 [63.5%]) was found. For 876 animals for which the owners could not be found, the main reasons were incorrect or disconnected telephone number (310 [35.4%]), owner did not return telephone calls or respond to a letter (213 [24.3%]), and animal was registered to another group (151 [17.2%]). Of 1,943 animals for which animal shelters contacted a microchip registry, 1,129 (58.1%) were registered in the database. Purebred neutered dogs whose owner information was in the shelter database registry or microchip registry had a higher likelihood that the owners would be found.  Conclusions and Clinical Relevance: The high rate for return of microchipped dogs and cats to their owners supported microchipping as a valuable permanent pet identification modality; however, issues related to registration undermined its overall potential. Bundling of microchip implantation and registration, point-of-implantation data registration, use of annual compliance and update reminders, and providing access to all registries are potential solutions.

Abstract:  Objective: To characterize the process by which owners search for lost cats and identify factors associated with time to recovery.  Design: Cross-sectional study.  Sample population:  Owners of 138 cats lost in Montgomery County, Ohio, between June 1 and September 30, 2005.  Procedures:  A telephone survey was conducted.  Results:  73 of the 138 (53%) cats were recovered; median time to recovery was 5 days (range, 0.5 to 81 days). Most cats (48 [66%]) that were recovered returned home on their own or were found in the neighborhood (5 [7%]); most other cats were recovered through posting of neighborhood signs (8 [11%]) or calling or visiting an animal agency (5 [7%]). The highest success rate for any of the search methods that were used was only 12% (posting neighborhood signs). Only 26 of the 138 (19%) cats had some type of identification at the time they were lost (ie, identification tag, rabies tag, or microchip). Owners allowed 82 (59%) cats to spend at least some time outdoors. The percentage of sexually intact cats recovered by their owners (4/16 [25%]) was significantly lower than the percentage of neutered cats recovered (69/122 [57%]).  Conclusions:  Results suggest that the percentage of lost cats recovered by their owners is low, possibly in part because of the lack of use of traditional identification methods and the general acceptance that cats may roam. Veterinarians can help educate owners about the importance of identification and the need to keep cats indoors.

Abstract: Objective: To characterize the process by which owners search for lost dogs and identify factors associated with time to recovery.  Design:  Cross-sectional study.  Sample Population:  Owners of 187 dogs lost in Montgomery County, Ohio, between June 1 and September 30, 2005.  Procedures:  A telephone survey was conducted.  Results:  132 of the 187 (71%) dogs were recovered; median time to recovery was 2 days (range, 0.5 to 21 days). Dogs were recovered primarily through a call or visit to an animal agency (46 [34.8%]), a dog license tag (24 [18.2%]), and posting of neighborhood signs (20 [15.2%]). Eighty-nine (48%) dogs had some type of identification at the time they were lost (ie, identification tag, dog license tag, rabies tag, or microchip). Owners had a higher likelihood of recovery when they called an animal agency (hazard ratio, 2.1), visited an animal agency (1.8), and posted neighborhood signs. Dogs that were wearing a dog license tag also had a higher likelihood of recovery (hazard ratio, 1.6). Owners were less likely to recover their dogs if they believed their dogs were stolen (hazard ratio, 0.3).  Conclusions:  Results suggest that various factors are associated with the likelihood that owners will recover a lost dog. Both animal agencies and veterinarians can play a role in educating dog owners on the importance of identification tags, licensing, and microchips and can help to emphasize the importance of having a search plan in case a dog is lost.

Abstract:  Objective:  To characterize the process by which people who find lost pets search for the owners.  Design:  Cross-sectional study. Sample Population-188 individuals who found a lost pet in Dayton, Ohio, between March 1 and June 30, 2006. Procedures-Potential participants were identified as a result of contact with a local animal agency or placement of an advertisement in the local newspaper. A telephone survey was conducted to identify methods participants used to find the pets’ owners.  Results:  156 of 188 (83%) individuals completed the survey. Fifty-nine of the 156 (38%) pets were reunited with their owners; median time to reunification was 2 days (range, 0.5 to 45 days). Only 1 (3%) cat owner was found, compared with 58 (46%) dog owners. Pet owners were found as a result of information provided by an animal agency (25%), placement of a newspaper advertisement (24%), walking the neighborhood (19%), signs in the neighborhood (15%), information on a pet tag (10%), and other methods (7%). Most finders (87%) considered it extremely important to find the owner, yet only 13 (8%) initially surrendered the found pet to an animal agency. The primary reason people did not surrender found pets was fear of euthanasia (57%). Only 97 (62%) individuals were aware they could run a found-pet advertisement in the newspaper at no charge, and only 1 person who was unaware of the no-charge policy placed an advertisement.  Conclusions:  Veterinarians and shelters can help educate people who find lost pets about methods to search for the pets’ owners.

L.K. Lord, B. Griffin, M.R. Slater, and J.K. Levy.  2010.  Evaluation of collars and microchips for visual and permanent identification of pet cats.  Journal of the American Veterinary Medical Association.

Abstract:  Objective:  To determine the percentage of pet cats still wearing collars and having functional microchips 6 months after application.  Design:  Randomized controlled clinical trial. Procedures:  538 client-owned cats were randomly assigned to wear 1 of 3 types of collars: plastic buckle, breakaway plastic buckle safety, and elastic stretch safety. Each cat was fitted with the assigned collar, and a microchip was inserted SC between the scapulae. Owners completed questionnaires about their experiences and expectations of collars at enrollment and at the conclusion of the study.  Results:  391 of the 538 (72.7%) cats successfully wore their collars for the entire 6-month study period. Owners’ initial expectations of the cats’ tolerance of the collar and the number of times the collar was reapplied on the cats’ necks were the most important factors predicting success. Type of collar likely influenced how often collars needed to be reapplied. Eighteen (3.3%) cats caught a forelimb in their collar or caught their collar on an object or in their mouth. Of the 478 microchips that were scanned at the conclusion of the study, 477 (99.8%) were functional.  Conclusions:  Most cats successfully wore their collars. Because even house cats can become lost, veterinarians should recommend that all cats wear identification collars since they are the most obvious means of identifying an owned pet. For some cats, collars may frequently come off and become lost; therefore, microchips are an important form of backup identification. Owners should select a collar that their cat will tolerate and should check it often to ensure a proper fit.

Abstract:  A cross-sectional national random digit dial telephone interview was conducted between September and November 2010. There were 1,015 households that had owned a dog or cat within the past five years. Of these 817 households owned dogs and 506 owned cats. Fourteen percent of dogs (95% Confidence Interval (CI): 11–16%) and 15% (95% CI: 12–18%) of cats were lost in the past five years. No owner demographic variables were associated with losing a pet. Ninety three percent (95% CI: 86–97%) of dogs and 75% (95% CI: 64–85%) of cats were recovered. For dogs, searching the neighborhood and returning on their own were the most common methods of finding the dog; 14% were found through an identification tag. For cats, returning on their own was most common. Dogs were more likely than cats to be lost more than once. Cats were less likely than dogs to have any type of identification. Knowledge of the successful methods of finding dogs and cats can provide invaluable help for owners of lost pets. Since 25% of lost cats were not found, other methods of reuniting cats and their owners are needed. Collars and ID tags or humane trapping could be valuable approaches. 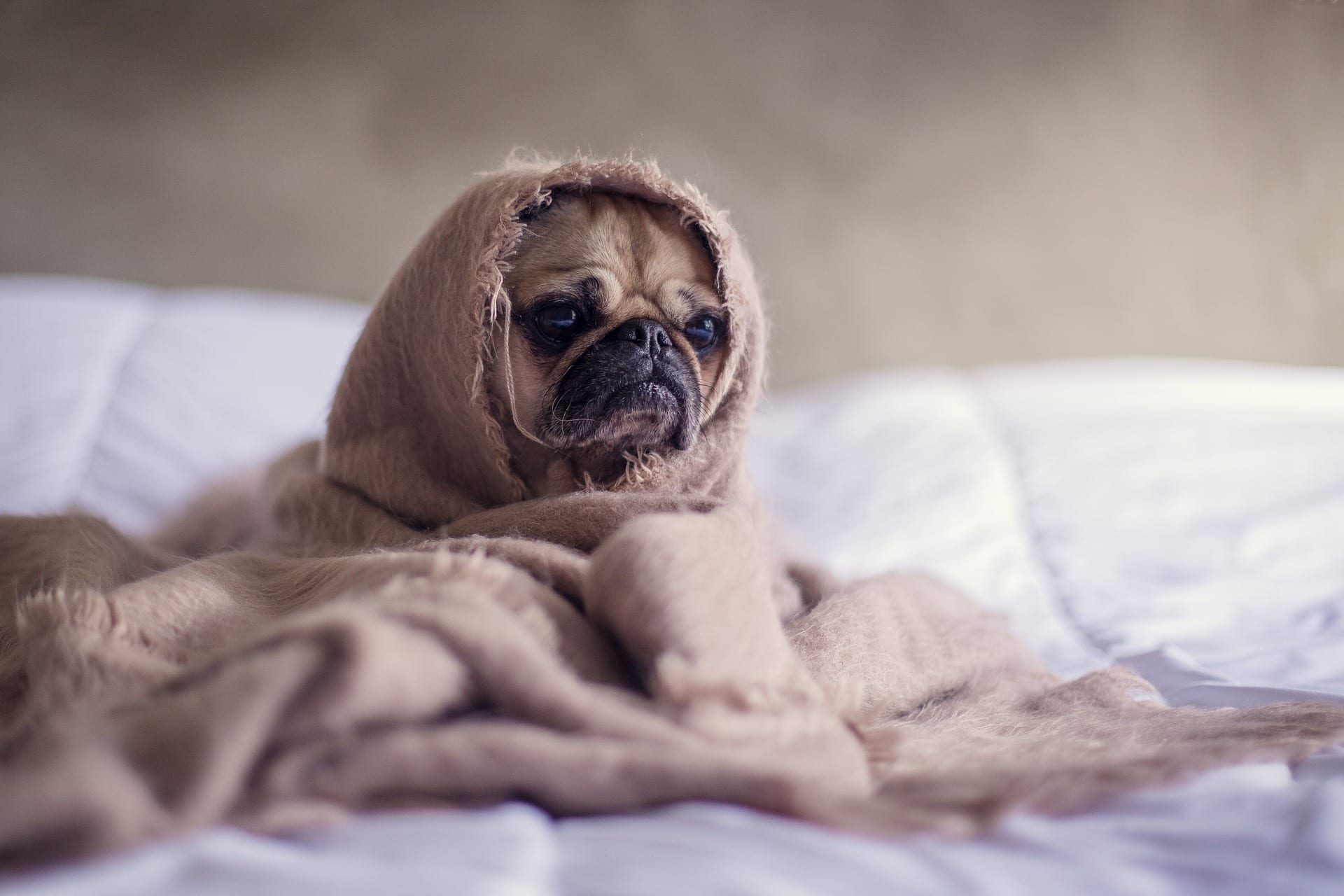 You may be looking forward to fireworks this 4th of July holiday, but to many dogs this is the scariest day of […] 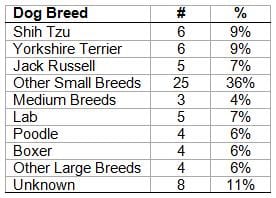 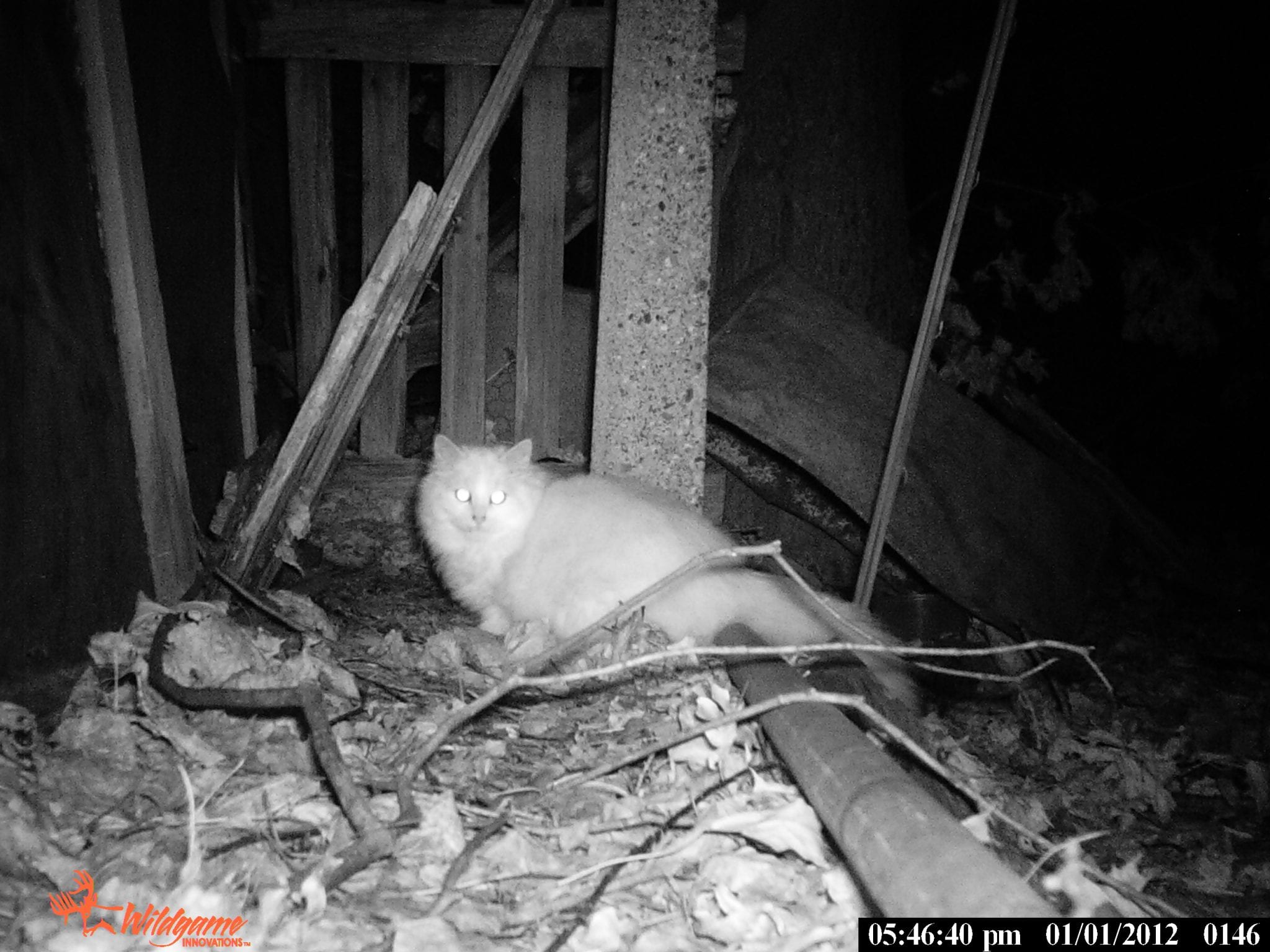 Wildlife cameras (also called trail or game cameras) are often recommended by pet detectives as a method to help locate missing cats.  They can […]

One thought on “Research Studies on Lost Pet Behavior and Recovery”