Wildlife cameras (also called trail or game cameras) are often recommended by pet detectives as a method to help locate missing cats.  They can be particularly helpful to determine the presence of an escaped indoor-only cat, since these cats tend to hide nearby and venture out at night.  Wildlife cameras are also commonly used by wildlife biologists in animal research and monitoring including studies on both wild and domestic cats.  These cameras are generally considered an unobtrusive method of observing animals.  However, little research has been done to determine the potential effects that wildlife cameras might have on animal behavior.

Of particular interest to pet detectives and lost pet owners, can cats see or hear wildlife cameras and what impact might this have on their behavior?

Wildlife cameras are electronic devices and make some sound when they take a picture or video though this may be imperceptible to humans.  The cameras now come in various flash types including xenon white flash, infrared, low-glow and no-glow.  White flash cameras (rarely used these days) will emit a bright white flash that is clearly visible even to humans.  With infrared cameras, the bulb display will glow red, but the flash itself is usually invisible to humans.  With low-glow or no-glow cameras, the bulb display will glow less or not at all.  Infrared cameras are often marketed with the claim that animals cannot see the flash (Meek and Pittit 2012).

Meek et al. (2014) conducted a research study where they measured the audio and visual outputs of 12 infrared wildlife camera models.  They then compared the hearing and vision ranges of dogs, cats and foxes to these camera values to determine if they can see and/or hear the different models of wildlife cameras.  The camera models tested included Reconyx, Scoutguard, Moultrie, Cuddeback, Pixcontroller, Bushnell, and Uway*.  All measurements of sound and infrared light were conducted in a laboratory with the camera placed 100 cm (40″) above the ground and 50 cm (20″) from the measuring device.  Additional light measurements were conducted with the camera 80 cm (30″) from a field spectrometer.

The hearing range for cats is 45 to 64,000 Hz compared to 67-45,000 Hz for dogs and 64-23,000 for humans.  The audio output of the different cameras was not significantly different from each other except for the Cuddeback Capture which was louder.  Figure 9 (Meek et al. 2014) shows the mean audio output for the Reconyx HC600 camera with dotted lines for the 95% confidence limits.  The red dotted lines represent the hearing range of the cat and dog.  Where the red dotted lines are below and closest to the black lines, the camera sound can be detected by the cat or dog.

Although cats can theoretically hear the sound of wildlife cameras, their ability to detect these sounds in actual use (compared to the laboratory) is less clear.  In all models except the Cuddeback, the sounds emitted by the camera were not significantly different from the background sounds of the laboratory.  Meek et al. (2014) conclude that it would be more difficult for animals to hear the cameras with the background of forest noises, especially with increased distance from the camera.

Figure 12 (Meek et al. 2014) shows the mean infrared wavelength illumination for seven wildlife camera models.  Camera traps labeled as “no glow” or “covert ops” typically use infrared with wavelengths over 850 nm.   Unfortunately, there are no studies available on the range of infrared light that is detectable to cats.  However, several studies on marsupials and ferrets found that they could detect infrared light at 539-557 nm and 870 nm, respectively (Sumner et al. 2005; Hemmi et al. 2000; Newbold et al. 2009).

Meek at al. (2014) also provided evidence from unpublished research that cats appear to detect wildlife cameras, including those with infrared flashes over 800 nm, more frequently than other animals.  They conclude that this is likely due to their retina sensitivity at 826 nm (Gekeler et al. 2006) combined with their wide field of vision.  The researchers further speculate that when animals see an infrared flash that it looks similar to what is seen when one infrared camera records a second camera as in the video below.

While this research provides evidence that cats can see wildlife cameras, further research is clearly needed.  Given the lack of sufficient research on the range of infrared light that is detectable to cats, I am not yet convinced how visible the “no glow” infrared cameras are to cats.  These cameras can have infrared wavelengths over 900 nm and ferrets (the only carnivore measured) could only detect infrared up to 870 nm.

*Not all links are to the exact model of camera used in the research study. 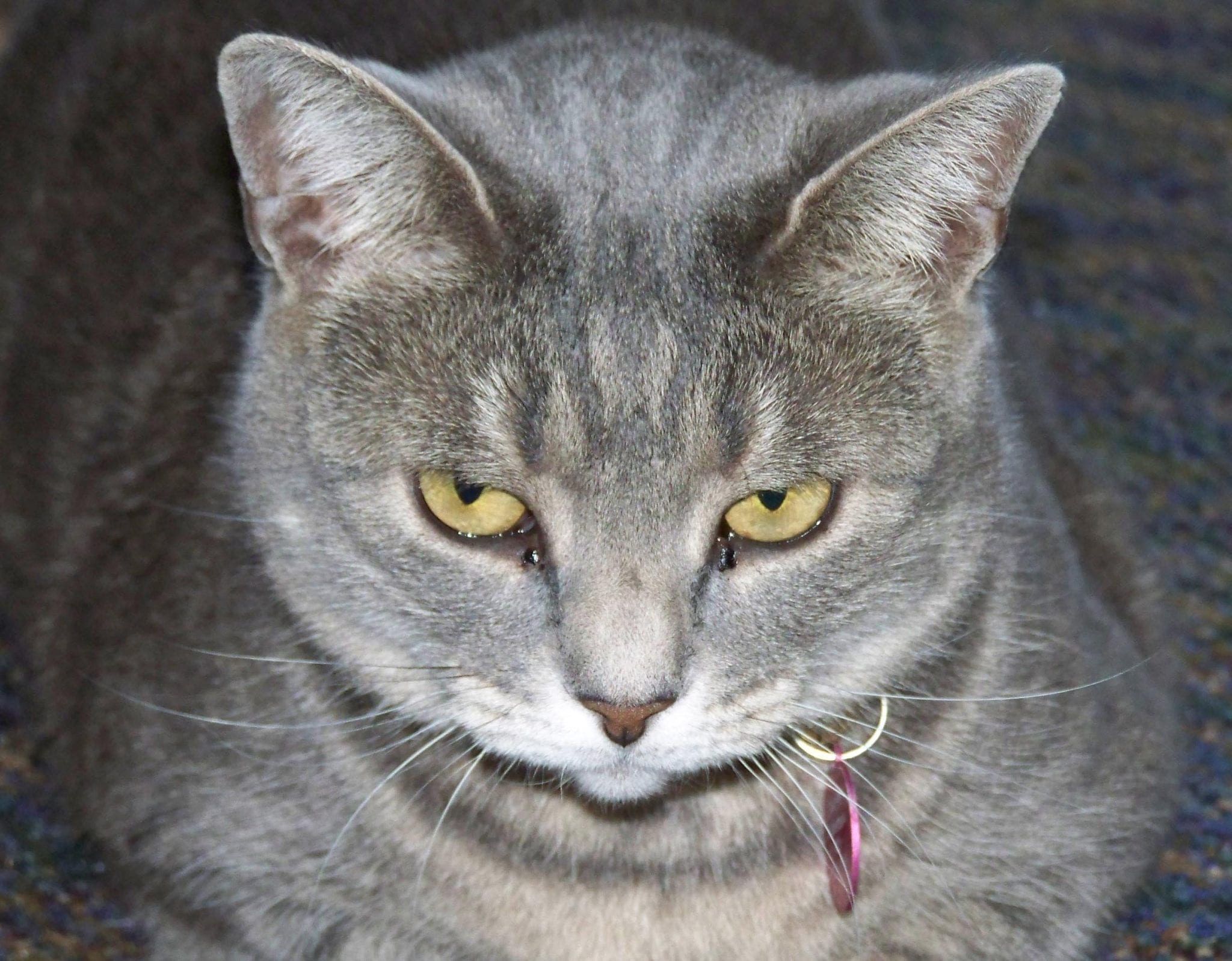 Before covering additional topics on cat behavior, I wanted to take a moment to review cat research in general.  Although the cat […] 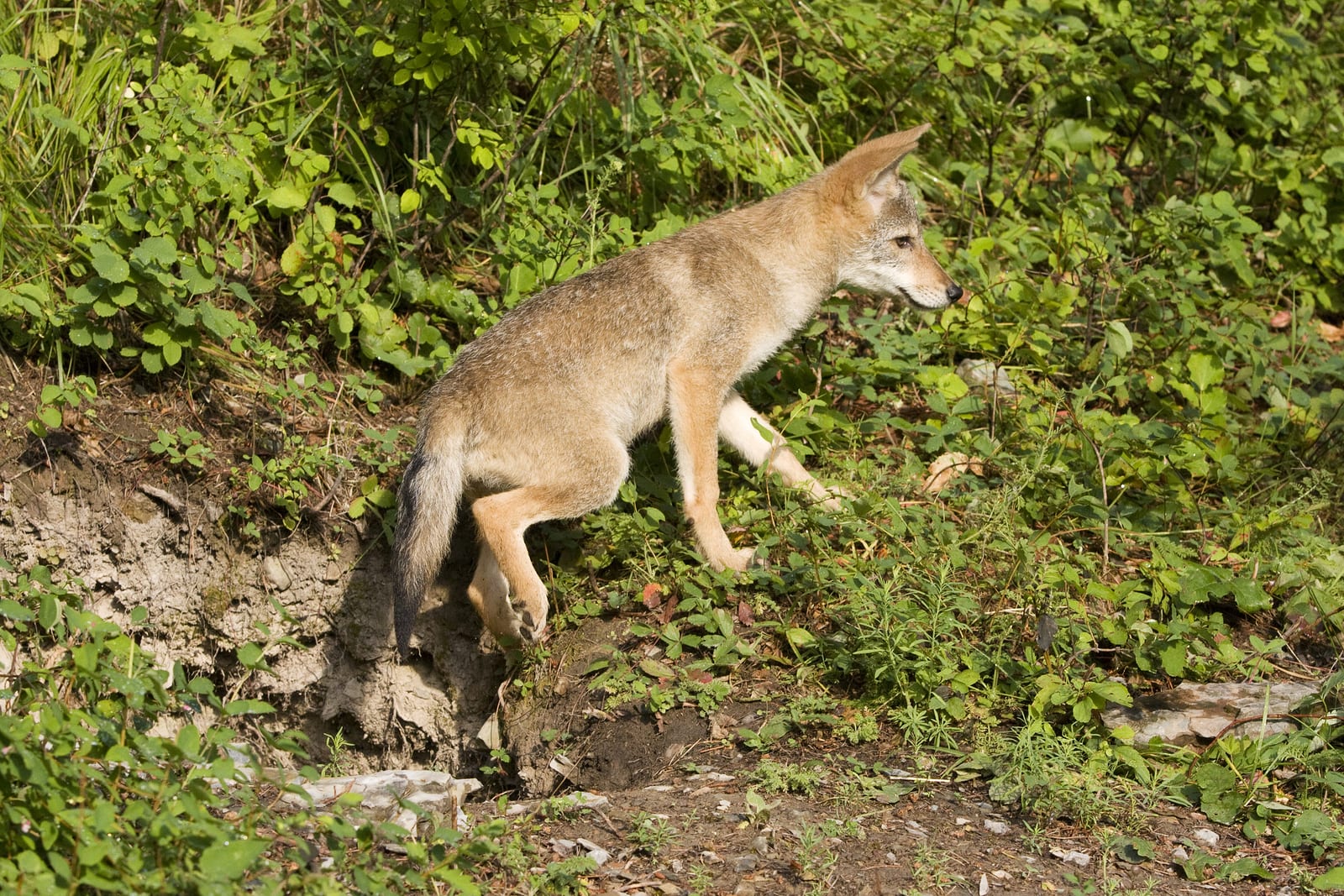 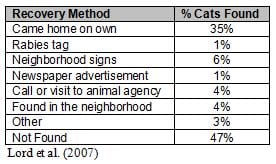 Many cat owners believe that a lost cat will find its way home.  Lord (2008) conducted a survey of households in Ohio […] 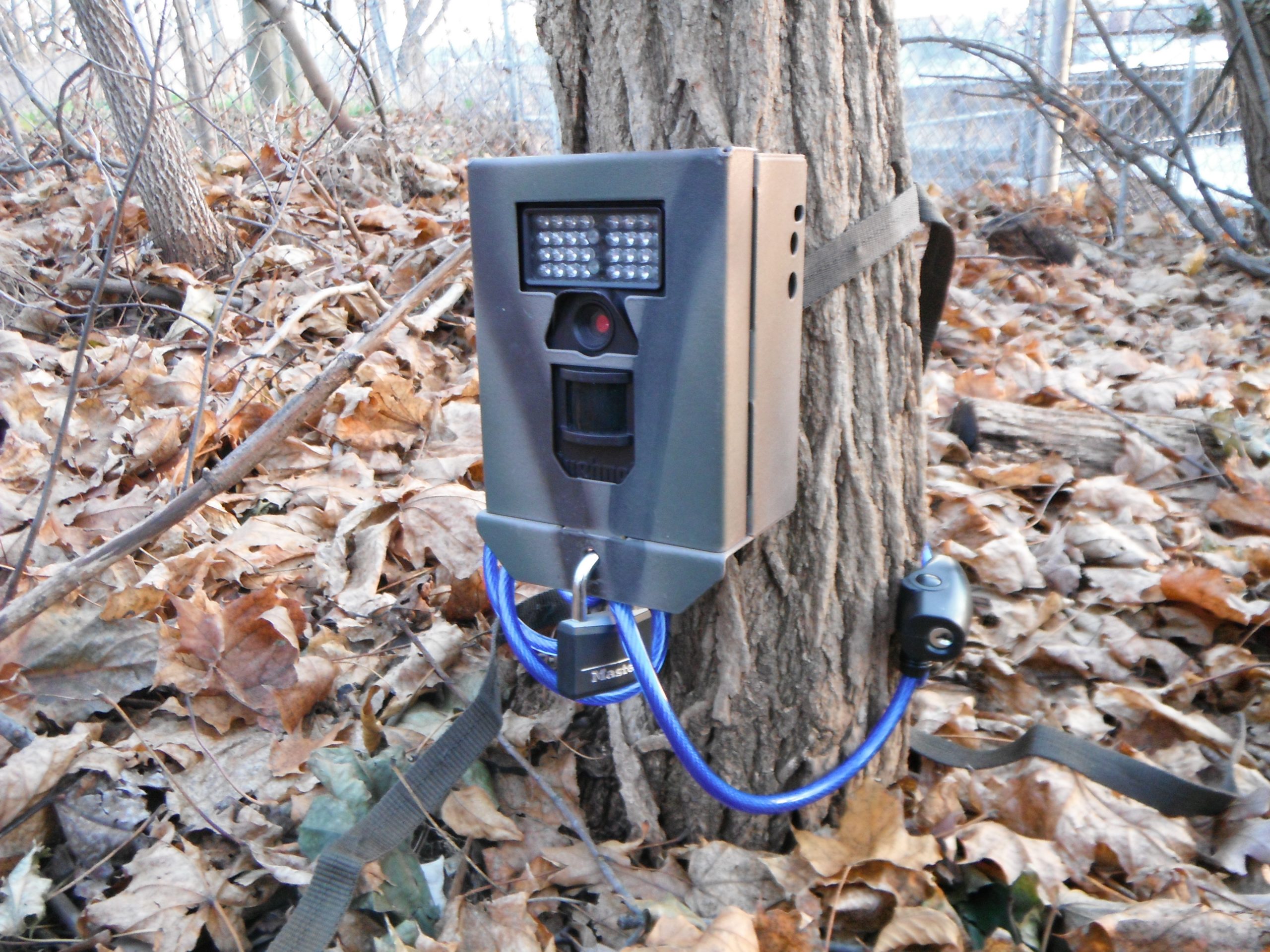 One thought on “Can Cats See or Hear Wildlife Cameras?”