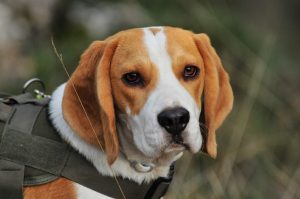 “The canine sense of smell is legendary and, as with many legends, it is sometimes hard to find the sources and separate scientific facts from urban legends”  – Goldblatt et al. (2009)

A well trained search dog should not make frequent mistakes, but how accurate are they?  How often do search dogs miss locating what they are trained to find?  How frequently do they make a mistake and indicate something is there when it is not?

Additional studies conducted in the field provide more insight into the accuracy of search dogs.  Three field research studies (Harrison 2006, Long et al. 2007 and Smith et al. 2003) found that the search dogs located the correct species of wildlife scat 89% of the time (range = 72% to 100%).  While it is often difficult to determine how frequently search dogs missed locating scat in the field, Wasser et al. (2004) found that search dog handlers (rather than search dogs) located 0% to 25% of bear scat samples.  Reindle-Thompson et al. (2006) used search dogs to determine the presence of ferrets in prairie dog colonies.  One dog was 100% accurate at finding ferrets while the second dog only correctly indicated the presence of ferrets in four out of seven (57%) prairie dog colonies.

As these studies indicate, the majority of detection dogs are accurate most of the time, but they are not infallible.  The training and experience of the search dog team (that is both the dog itself and the dog’s handler) are probably the biggest factors affecting how often a search dog makes mistakes.  Environmental factors can also have a strong influence on whether the search dogs misses locating a target scent such as a buried bomb or wildlife scat.  Some environmental factors that may make a search more challenging are hot dry air (Smith et al. 2003), gusty winds, lack of wind, and topography of the search area.  MacKay et al. (2008) estimated that scat detection dogs were able to locate a scat anywhere from 100 meters away to only 1 meter away depending on environmental conditions.

Still other factors that can influence a search dog’s accuracy are physical fitness and health (Altom et al. 2003 and Gillette 2004).  A hot or tired dog that is panting heavily is not able to sniff as effectively and fewer scent particles are detected.  Certain medications such as steroids (Ezeh et al. 1992) and some diseases can also effect a dog’s ability to identify and process scents (Furton and Myers 2001).

Whether or not the search dog is accurate is important, but that does not mean that they find their intended target 80 to 90% or more of the time.  In order to have a successful find, the target scent must be present in the search area, and the search area is determined by the search dog handler or another person.  Therefore, a large part of their success is determined by the knowledge and experience of the search dog handler, especially when finding lost people or lost cats.  In human search and rescue multiple search dog teams are often used and each is assigned a separate quadrant to search.  In lost cat searches, often a single dog is used to search the most likely areas where the cat will be found.  Typical success rates for cat detection dogs may be as high as 20% or as low as 5%.  In both human and lost cat searches, many other tools besides the search dog are also used to improve the chances of a successful find.

Gazit, I. and J. Terkel 2003.  Domination of olfaction over vision in explosives detection by dogs.  Applied Animal Behavior Science 82: 65-73.

Gillette, R.L. 2004.  Optimizing the scenting ability of the dog.  Athletic and Working Dog Newsletter, May.