If your cat is missing, you probably heard that you should put out their cat litter box or spread dirty litter around your yard to help them find their way home.  You may have even heard that your cat can smell their dirty litter a mile away.  Unfortunately, there is no evidence that a cat can smell their litter box from that far away.  More realistically, they might be able to smell it up to a few hundred feet away (depending on wind and weather conditions) and often a lot less.  You may have found examples of people swearing that dirty cat litter really works.  However, in many cases, lost cats return home on their own for other reasons, and the presence of cat litter is likely just a coincidence.  In some cases cat litter is more likely to reduce the chance of finding your lost cat.

If you have an outdoor-access cat that disappeared from a familiar location, then it makes no sense to put out dirty cat litter.  If they are close enough to smell the litter, they are probably close enough that they already know their way home.  On the other hand, IF you have an escaped indoor-only cat or a displaced outdoor-access cat (i.e. lost from an unfamiliar location or a new home), there is some chance that the scent of their urine and feces MIGHT help them find their way home.  However, before you go and put out the cat litter, you should be aware of the potential risks involved.

Risk of Attracting Other Cats

The most likely risk of putting out cat litter is inadvertently attracting other cats.  If you  have an escaped indoor-only cat, then your yard may be within the territory of one or more outdoor-access or stray cats.  If you put out your cat’s litter, other cats may see this as a threat to their territory.  They may be attracted to the litter box and possibly use it or spray objects around the box.  If your cat smells the scent-marks of the resident cats, they may feel too threatened to return home.  Worst case, you might attract an aggressive territorial cat into your yard, which might chase your cat away.

Many wild predators like foxes and bobcats use their feces to mark their territory.  To do this, they place their scat on prominent locations such as on top of rocks or logs.  Domestic cats on the other hand tend to bury their feces.  This may be an instinctive behavior to protect them from detection by other larger predators like coyotes and bobcats.  By putting your cat’s dirty litter outside, you risk attracting area predators around your home.  Depending on where you live, the risk of attracting predators may be relatively low, but do you want to take that risk?

Should You Ever Put Out Cat Litter?

I generally do not recommend putting out dirty cat litter due to the potential risks of attracting other cats or predators.  However, I cannot conclude at this time whether or not it is a potential attractant for a lost cat.  If you feel compelled to put out your cat’s litter (just in case), please at least follow these guidelines:

In ten years of searching for missing cats, I have only heard of one case where a lost indoor-only cat appeared attracted to their dirty cat litter.  This cat was lost away from home in a city park.  The owners sprinkled dirty cat litter along the area (thick reeds) where the cat had disappeared.  The first time that they saw her, she had come out of the reeds and was peeing near the dirty cat litter.  However, I have had several other cases where the presence of cat litter (or the lost cat’s belongings) appeared to attract neighborhood cats.

If you have had an experience where cat litter helped find a lost cat OR caused problems in your search (such as attracting neighborhood cats or predators), please share your story in the comments. 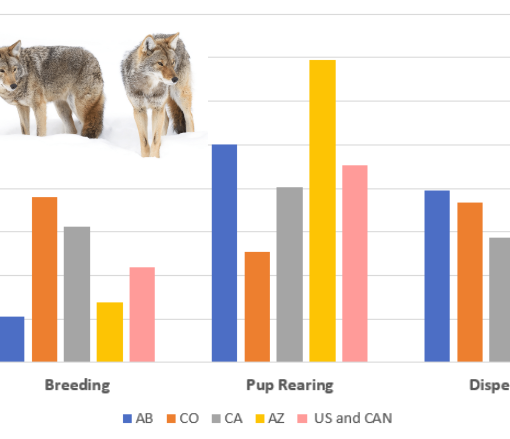 For a more in depth discussion, see “Do Coyote Attacks Increase During Mating Season.”Please help spread the truth that coyotes are not […] 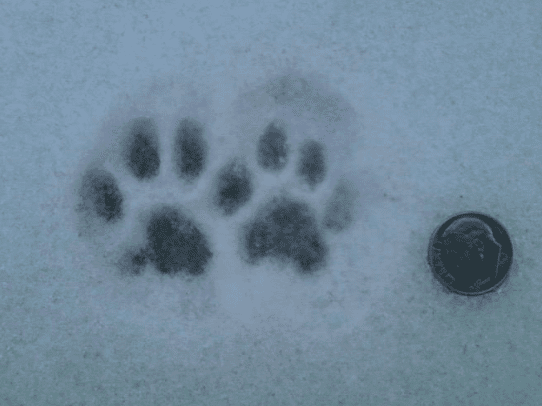 If a cat gets lost in the winter, you may have the opportunity to track him/her without the use of a search […] 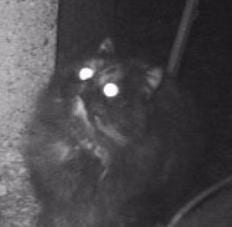 Many lost cats will react in fear when they are approached by any person including their owner.  This well documented behavior is […] 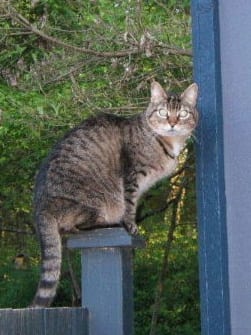 Owners’ of lost cats are frequently concerned with whether their cat might be hiding or lost somewhere in the woods.  This is […]

3 thoughts on “Will Cat Litter Attract a Lost Cat?”